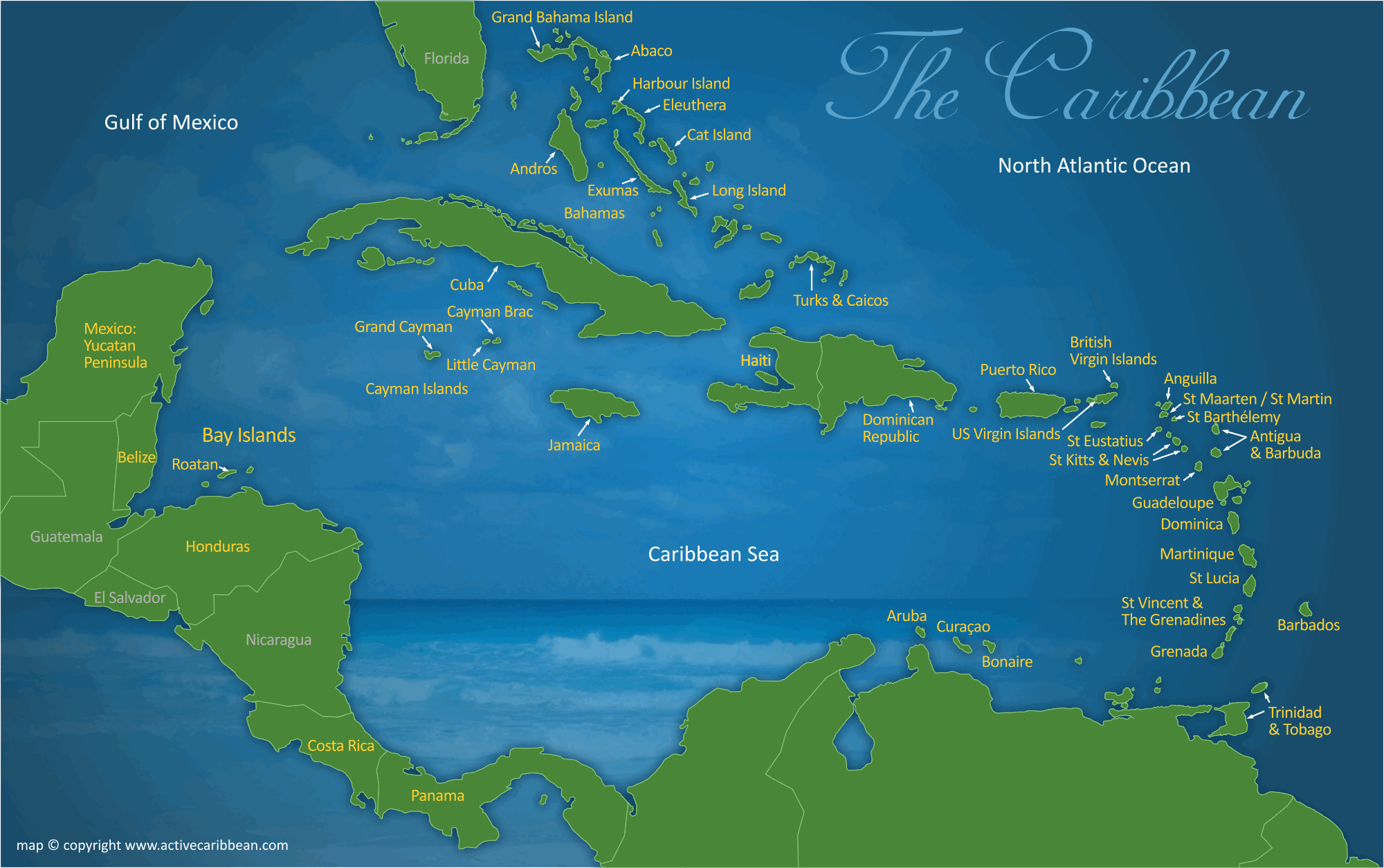 Today the Caribbean Islands mean one of the exotic tourist spots of the world, the great West Indian Cricket Team, untouched natural beauty, calypso dance and thrilling music. Life is full of fun and throbbing when you are in the Caribbean Islands. But, knowing the history of the region will captivate you more to spend your life here.

The rich and extremely varied history of the Caribbean region definitely woos you once you know it in details. According to history books, we all know that Christopher Columbus had discovered the island, but that is half truth. The island has a rich history before the arrival of Columbus. The Caribbean Islands were dwelling place of tribes during 5000 B.C. These two tribes are known as the Caribs and the Arawaks. Initially, life was common and peaceful between two lives, but after the arrival of Columbus, they fought courageously for many years against the ‘alien’ force.

The Tribal Life of the Caribbean Island

The two famous tribes of the Caribbean Island were the Arawaks and the Caribs. The Arawaks were skilled in trading crops and weaving baskets. The Caribs were different from them as they were vicious and skilled weapon makers. In making clubs and spears and making people slave, the Caribs were much ahead than the Arawaks. But, war business is not the only feature of the Caribs as they skilled craftsmen and pottery was really their forte.

These tribes lived on marine life, but they also ate lizards, birds, turtles, snails, etc. Usually, they hunt everyday and put those into a pepper pot. The pot was cooked slowly at low flame for weeks. This style of cooking is famous till date at Grenada as pepper pot is a native dish there.

The War between the Tribes and the Outer Force

Christopher Columbus came to the Caribbean Islands for the first time in 1492. He made the voyage in search of gold and spices which didn’t become successful. Later, in 1493, he made the second voyage with lots of builders, missionaries and farmers and all of them tried to ‘convert’ the tribes. Now, these people were mainly thugs and criminals. Soon they started showing their color. They started to loot their women and crops, demanded taxes and made the men to their slaves.

These were enough reasons to break out war between the tribes and the foreigners. A huge war broke out, and after fighting courageously for three years, maximum natives were dead. The foreigners made Santo Domingo their capital and built protective forces. Columbus made four voyages to the island. Though his dream of finding gold and spiceswere never fulfilled, he was successful in bringing a whole new world in front of everyone’s eyes.

It is quite difficult to state the whole history of the Caribbean Islands within few words. It’s a vast civilization with lots of twists and turns. There are lots of stories of deprivation and bloodshed, and they got freedom after lots of struggle.

Cayman Islands is a beautiful region and as an individual you would not feel any kind of boredom here. The region is ideal for living a stress free life. Yes getting the work permit can be difficult hence you should be mentally Hey there, The Caribbean region is more known as a vacation spot rather than a retirement destination.

How it Feels Living in Caribbean Region

Caribbean Region, an Ideal Place to Spend Your Life after Retirement